From defense tower to House - Palace

The House – Tower Etxebestenea, also known as Torre de Palencia, was built in the 12th century as part of Hondarribias fortification, and it’s one of the most ancient buildings at the village. The house was the first guard of the town, from its tower you can completely see the valley of the Bidasoa river and the Peñas de Aia mountain range. A very strategic location for defense against the constant attacks of the enemy.

Between the end of the 15th century and the beginning of the 16th, after countless sieges by the French forces, its battery of cannons was demolished and the building underwent an important reform that gave it the aspect it retains to this day. 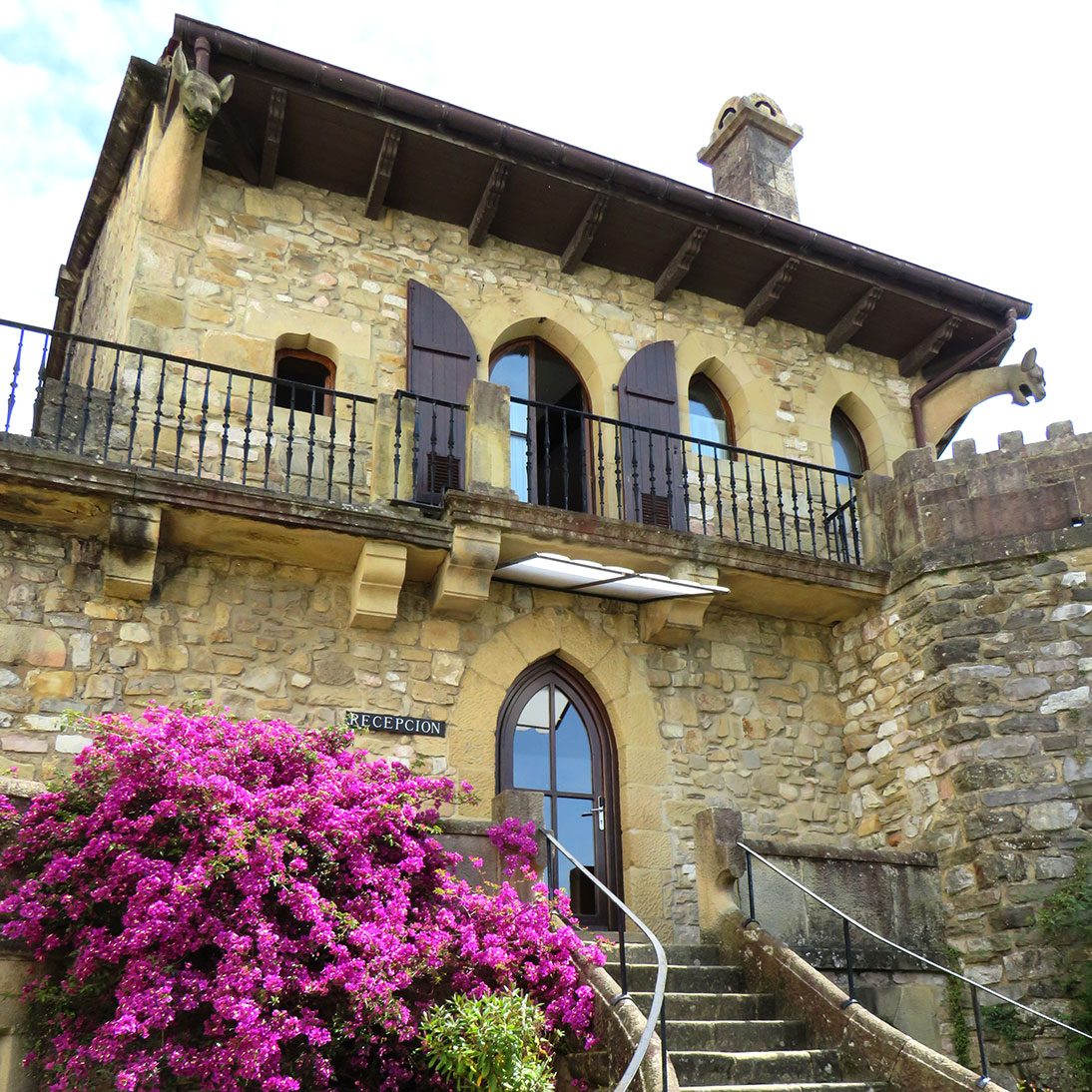 The arrival of the Palencia family

In the 16th century one of the Palencia family members, Bernardo de Rojas y Sandoval, Marqués of Denia, settled in Hondarribia. He bought the House – Tower that has since acquired the status of House Palace.

From the marriage between Bernardo de Rojas y Sandoval and his wife Dominga de Alzega (basque by birth) Cristóbal Rojas y Sandoval was born on July 24, 1.502. After being bishop of Oviedo and Badajoz among others, he became Archbishop of Seville. In his honor the beautiful square in which our hotel is located is known as Plaza del Obispo.

The House – Palace has been empty for many years until 1990 when it became an Hotel and Restaurant, an activity that we want to maintain and improve over time.

With its original structure of oak and its walls of more than 1.50m of thick masonry, is one of the best preserved examples of the province in terms of medieval tower houses, being connected to the San Felipe Bastion since the 12th century.

The ogival windows remind of a medieval convent and its battlements to its defensive origin and watchtower against sieges. The facade is completely closed in the part that looks to France, to protect itself from the cannons of the invaders.

The shield of the Alzega and Palencia family, mother and father of Archbishop Cristóbal Rojas y Sandoval, stands in one of the corners of the palace that looks towards the Plaza del Obispo, stunning, as an important coat of arms of the city.

It is a large coat of arms surrounded by vegetable garlands in whose center two lovers hold the family shield divided into eight quarters. In the first of them there are two boars, next to them the shells of Santiago. In the next row we can find 3 8-pointed stars and next to them a crenellated tower. Under these, there is another tower crowned by a mutilated man who raises a surrender flag. To his right there is a kitchen cauldron that represents the maternal family, the Alzega family. The base is made up of three severed heads and the river waves.